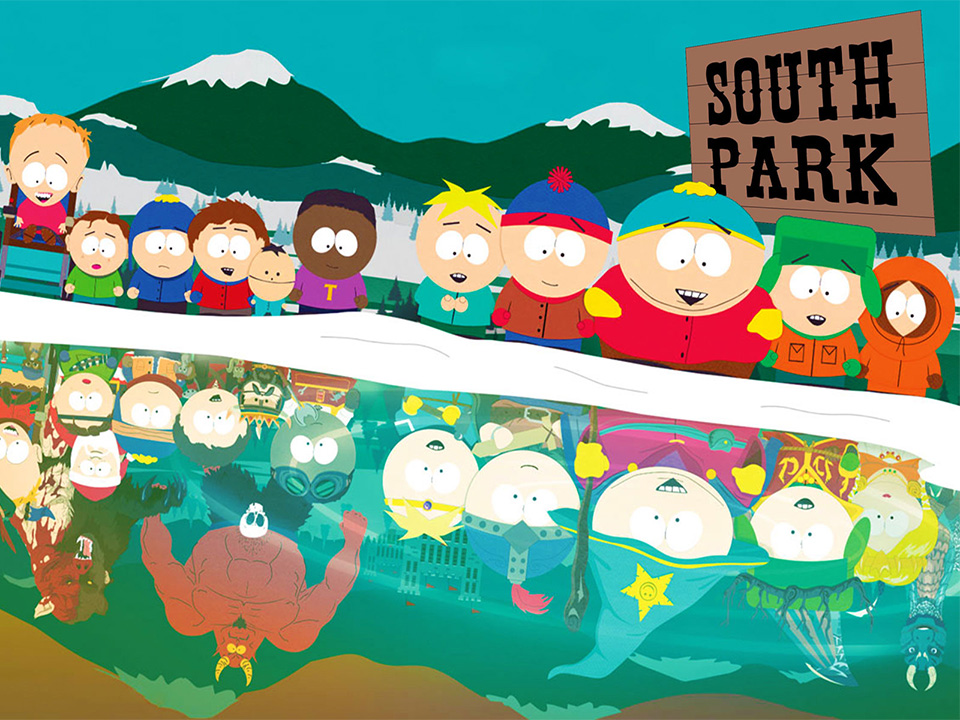 Given that we regularly tune in to the latest South Park episode, I can attest to the fact that there’s usually two kinds of humour present in the show, cheaper toilet humour and smarter humour coupled with thought out, insightful, unique opinions, so rare in popular culture. And while the first type of humour can certainly garner laughs, it’s the second that makes us interested in the show and compels us to regularly come back to it. Unfortunately, The Stick of Truth thus far is kind of lacking smart, insightful humour (I’d estimate that we played through its first half).

Regardless, the game manages to be quite engaging overall and does a great job of transporting you in the South Park universe, as The New Kid meant to save the day. Everything about it in terms of visuals and lore is thoroughly South Park and a lot of characters from the show, both new and old are to be found. The biggest annoyance so far has been the fact that the game can’t leave you the fuck alone and if you idle for just a few seconds, a NPC character is quick to remind you that you should be doing something – most noticeable when in practice you’re actually thinking about combat strategy. This makes the repetitiveness of the character’s dialogue lines, of which they’re sometimes only one or two per action, stand out even more than they otherwise would, especially when considering that delivering comical and original dialogue is one of South Park’s strong points.

The choice of a turn based combat system is understandable given the 2D environment of the game and that it’s clear its creators wanted far more depth than a side-scrolling shooter could have or has ever offered. They definitely managed to pull the depth thing off by creating a large variety of upgradable abilities and perks for each class and the addition of the cued & timed button presses necessary for a successful attack or block definitely make the whole experience a lot more engaging and add a realtime element that makes the process much more interesting than what could have been accomplished with strictly turn-based mechanics. Even so, the fights can get boring at times, something that rarely happens in real-time fights, because if the difficulty balance is done right you are constantly on the edge of your seat, even when the action is a lot more simplistic and the elements more repetitive.

However, one of the first things we noticed, given that we regularly watch the show, is that the pace of the action (quite predictably) had to be very diluted for the game. The fact that the fights can get boring at times adds to this. You sit down expecting a South Park experience and what you get happens much slower. For those who watch the show, this is probably the game’s greatest flaw, even though it’s hard to pinpoint and there isn’t much the developers could have done in this regard. It isn’t even necessarily the game’s fault, as its pace is consistent with other games, but in the South Park universe, if taken as a whole, the game stands out as being slower.

We completed South Park: The Stick of Truth last night. Turns out we were, approximately, at the beginning of the final third, rather than the middle as I had presumed. Regardless, this wasn’t a problem because unlike other games that tend to lose substance the closer you get to their ending, The Stick of Truth did exactly the opposite, it became funnier, more condensed & engaging, but most importantly more entertaining in its final third. This was probably due to the large amount of material its creators had developed over the years, given that they have 17 seasons behind them, a resource that they now had access to for the game. It makes me wonder how a player unfamiliar with the show perceives the game, as a lot of its moments are references or continuations of plots and characters from the show – most of the jokes probably still work, but they likely lose a lot of their depth and familiarity. Speaking of the jokes, I said before that most of them and the humour found in the game are from South Park’s more basic, toilet oriented repertoire rather than the more nuanced, smarter humour, sometimes found in the show. But it has to be said that although more toilet in nature, the jokes are not common humour, they’re thoroughly South Park and take things farther than most would dare but most importantly they succeed in being funny.

Obviously, like I said before, its content is based on South Park’s vast lore, accumulated over the course of 17 years, however, the gameplay – a totally new element for South Park’s creators, succeeds in being interesting and manages to stay engaging without becoming tedious, like it sometimes happens with other games, occasionally to otherwise solid titles. The looting & collecting part, that always has the highest risk of becoming the most tedious element of any game that contains it, is kept fresh by featuring a highly varied and stupidly amusing collection of items, both as usable items and as sellable junk. Its combat system, while it can occasionally become boring, features a wide variety of enemies and abilities for the player’s character as well as unique, usable abilities for each of the player’s buddies/party members. All these elements add up and complement what would already be a successfully implemented gameplay mechanic.

Ultimately, it succeeds in being a very enjoyable experience, a game that stands out from the rest not only through its content, which is undoubtedly unique, but also through its gameplay.