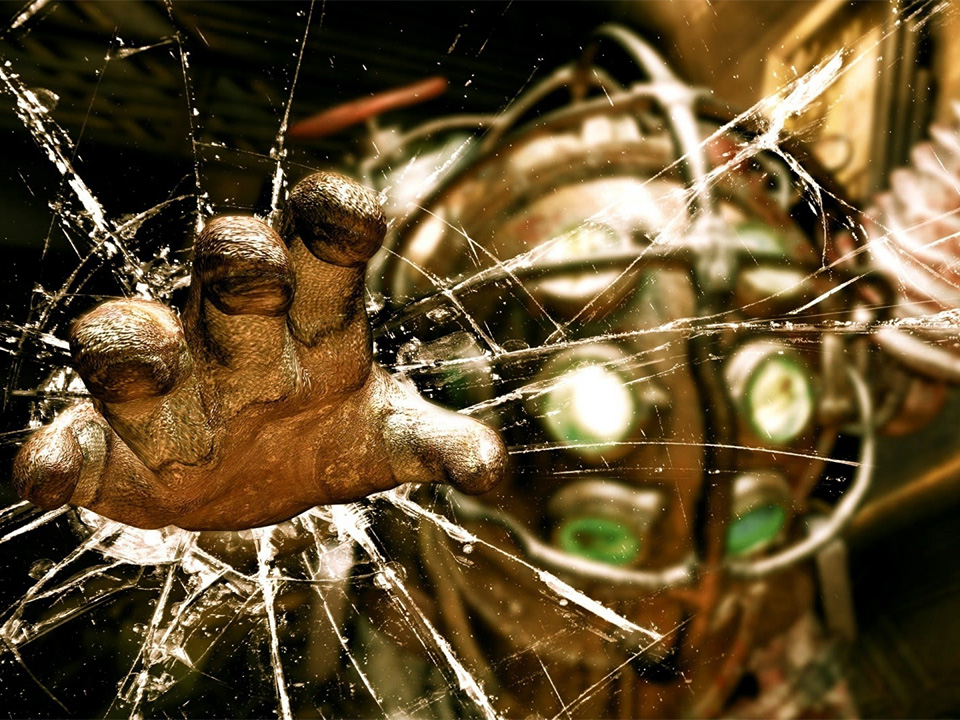 We started BioShock, the first of the series, yesterday and so far played through its first hours. It truly is a unique game that’s atmosphere, gameplay and story really stand out. Even though graphically it shows its age, what’s remarkable about it, even after 7 years in which the gaming industry has progressed immensely, is how captivating and engaging it is. In this regard it hasn’t aged one bit.

Probably the single biggest element that enables much more immersion than in the case of other games is the really believable voice acting that never takes you out of the world the game sets up. Something that is still found only in the best of games; or any other entertainment/art form for that matter. Another element that stood out was the character animation, particularly in the case of the Big Daddy/Little Sister duo, where a lot of small details, like the way the Big Daddy pushes the little sister out of the way before a fight, or the brutality of the actual fight, convey a very close, but in a way primordial bond. But not just there, a lot of other small details catch the eye, like the fact that enemies on fire search for and jump in water, or that enemies in water can be electrocuted by electrocuting the water. This is especially remarkable considering that currently in gaming time, 7 years means the early days of what is now the old generation of consoles.

After completing BioShock I can say that it held true to its worth right up to the end. I guess the only disappointing thing about it was the final boss, as a result of the way the character was portrayed. A lot of games have problems in developing and visually constructing a menacing and believable main antagonist and they often end up creating an exaggerated, comical character. BioShock, unfortunately was part of this trend and the final boss was reminiscent of villains from ‘90s cartoons, not at all in line with the rest of the game. The final cutscene was also a bit too cheesy compared to the rest of the game. But in the case of BioShock, this was only a small stain on an otherwise uniquely enjoyable experience.