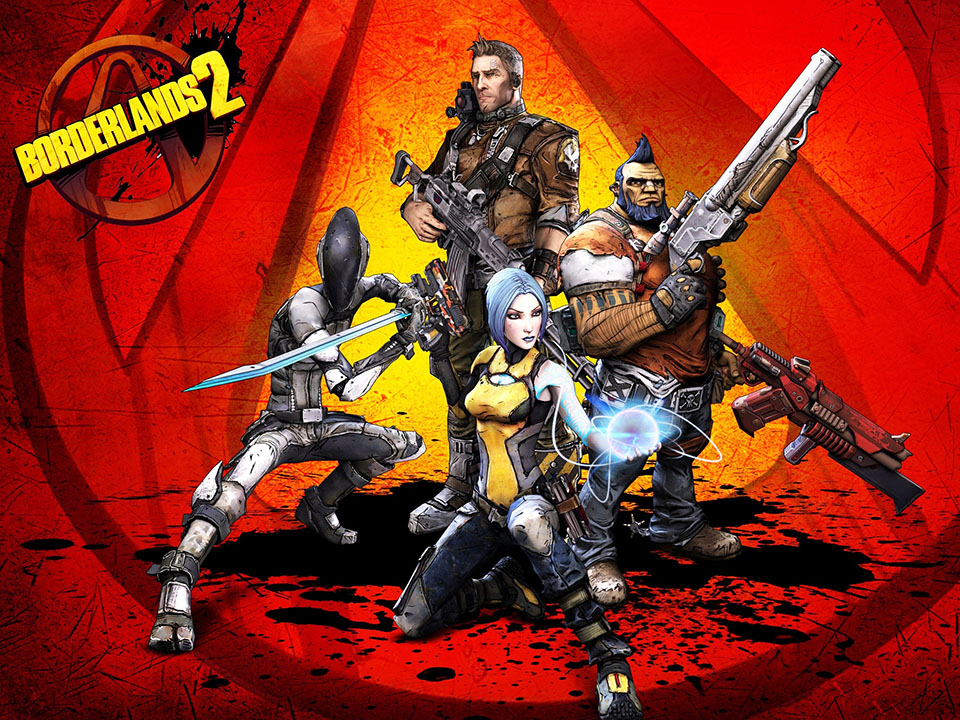 Completed Borderlands 2, the campaign and all its side missions. Done so in two sittings, as the first time around (more than a month and a half ago) I lost my enthusiasm for comparing and trading loot at some point.

At first, we were put-off by the game’s visual style and promo materials and weren’t considering it. We ended up purchasing the on-demand version kind of by accident during a sale and we got hooked after first trying it out.

The main plot, although fairly cliché when looked upon from afar, isn’t so much of a weakness on closer inspection, as the game really stands out as a result of its well written humour. Even so, inside the clichés, the plot and the story are relatively well written and no elements ever distract from the game by being exaggerated or nonsensical, as is the case with other games. But the general arc and story of the plot don’t really matter that much, they’re just a vehicle for the delivery of the unique humour, made exceptional by the fact that, almost all the time, it really works. It’s in this aspect, above all others, that the game really differentiates itself. The humour and the sometimes unique circumstances keep even the secondary missions engaging, something that very few other games manage to do.

Other than that, you get the impression of a fairly large game, enlarged greatly by the fact that enemies respawn when revisiting an area (or after some time). So there’s an added to do each time you want to explore or return for a side quest. Most of the time this mechanic isn’t annoying, as it might seem at first and the game doesn’t feel repetitive, as a result of the very well implemented system of combat/loot/upgrade (respawning enemies always drop new loot). And as an added bonus, like I said, it certainly makes the game feel much longer and the game world much larger, than it otherwise might seem.

The other star of the game, besides the humour, is the combat/looting/upgrading system that managed to stay fresh during the almost two weeks of gameplay (even considering all the enemy respawns). The looting system is way better done than in other games, as it doesn’t become tedious throughout the experience, neither the collecting side of it, nor the comparing and selling of the items (buying didn’t really take place, the looted gear is almost always better than what can be bought). Given that you have a limited inventory(a)There is storage space outside of the inventory, but it’s limited to a few slots you constantly need to make decisions, a need emphasised by the fact that the items quickly become obsolete, as everything is level based. This keeps the process relevant throughout the game and the rarity system adds excitement; it’s satisfying to come across a rare item. The skill tree is another strength of the game, it makes the combat dynamic, has the potential to make everybody’s play style unique and adds an extra layer of motivation to the whole thing.

I was very aware of the fact that the game was meant for co-operative multiplayer, but still, even as I played it offline, in single player, the system still worked seamlessly.

In retrospect I feel that the visual style is well chosen, as it fits the game’s other elements really well and they make for a unique and well constructed whole.

With all that in mind we’re looking forward to playing the DLCs.